Podcast Blog Get My Book Work With Me Login

Client Results: How Karen made an extra $4k per month 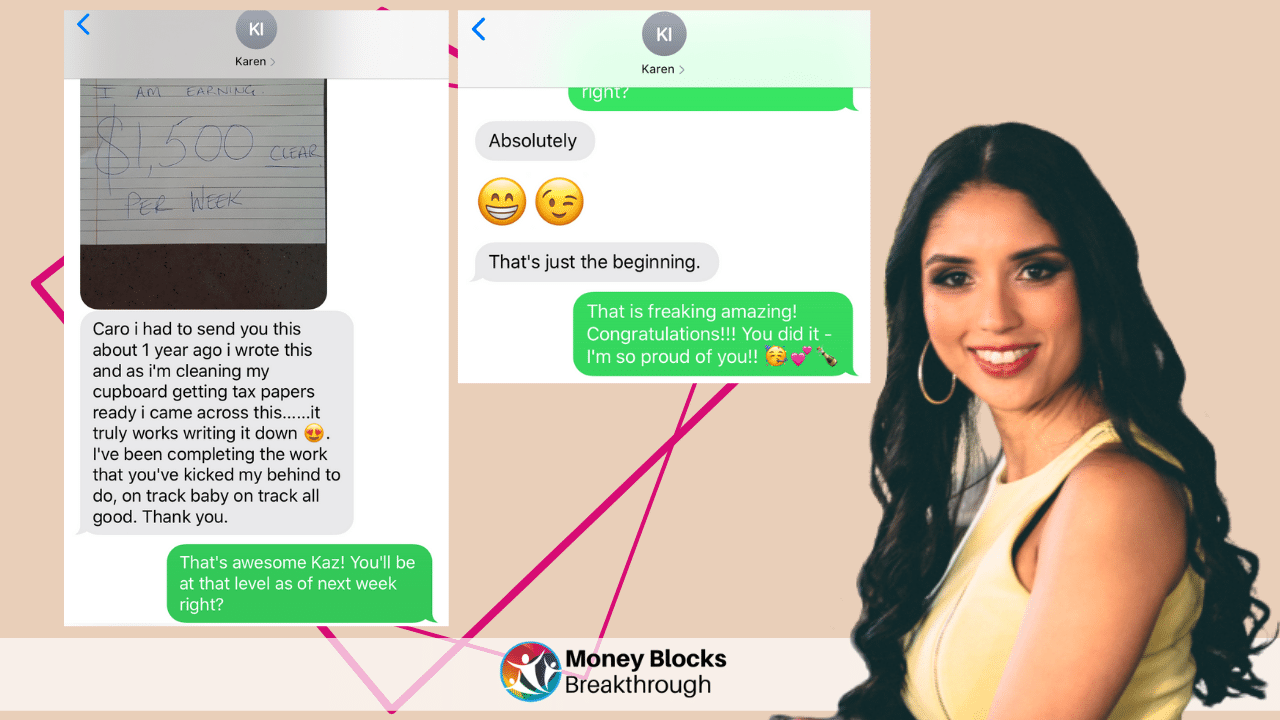 Think it's possible to make an extra $4K per month by writing it on a slip of paper?

For most people, it isn't. They write out the same goals year after year, or make vision boards... and nothing changes.

But it just happened to my client, Karen.

See, Karen recently stumbled across a goal she wrote a year ago while she was doing tax prep.

“I am earning fifteen hundred dollars per week,” she wrote.

Karen had forgotten all about this slip of paper.

Like a lot of people, Karen had set goals like this in the past with no luck. She felt stuck because she didn’t have the time to work on her goals or get extra support.

I'm sure you've heard that famous definition of insanity: doing the same thing over and over and expecting a different result.

Karen realized that's what she was doing and she decided to try a different approach. She followed up on a conversation we had two years ago and ended up joining my Money Blocks Breakthrough Program. 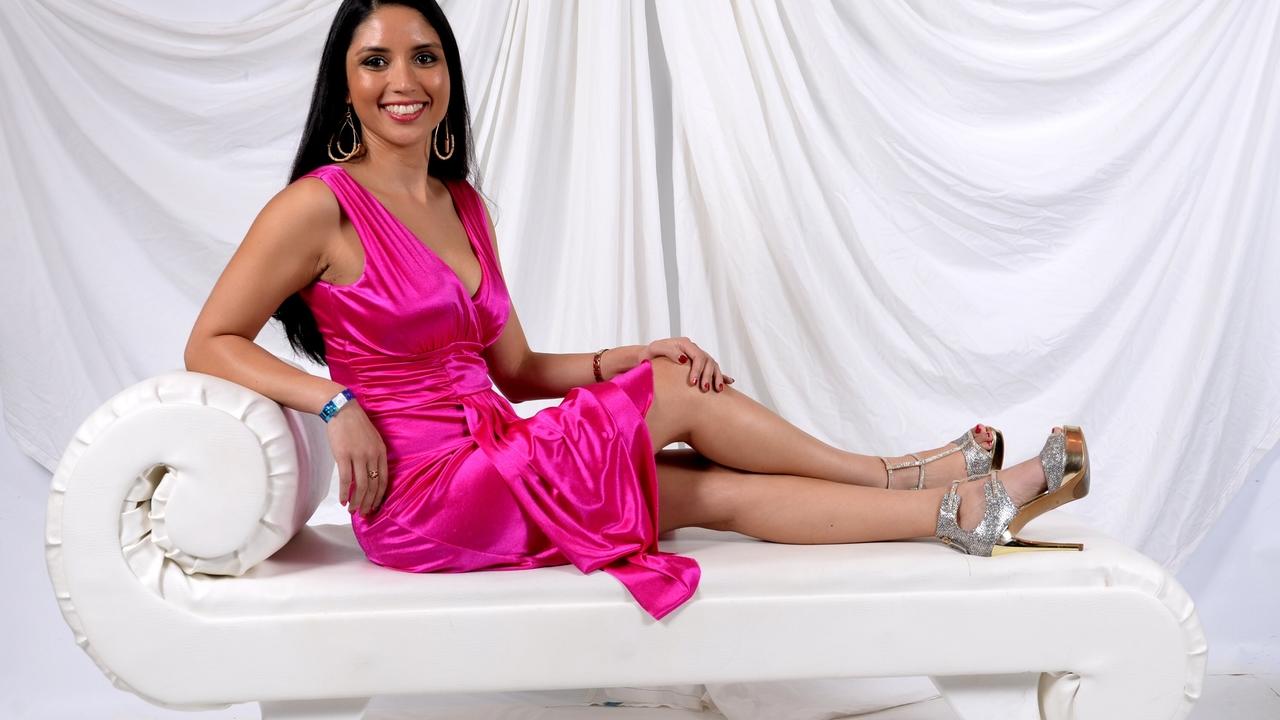 A few weeks ago, I helped someone make a subtle mindset shift and he closed a $6.5k sale the next day.

Amazing result and one I’ve been very reluctant to take any credit for. Except he keeps sending me voice messages saying a shift has taken place.

See, this guy isn’t even my client. He’s my coach.

In case you’ve missed my last few posts, I recently hired a business coach, Richard Fletcher, who specialises in messaging and copywriting.

I signed up right in the middle of coronavirus because I was ready to build momentum. But I had noticed Richard wasn’t promoting his higher-ticket program (the one I joined).

Instead, he had switched to a lower cost offer that was making great money, but I sensed something else was going on. So I asked Richard about it and he admitted he assumed people wouldn't pay...

It’s impossible to get a high paying job during COVID. Everyone knows that.

Except two of my clients just landed $200k+ jobs.

Let’s start with ‘Rob’ (not his real name - he’s a high-profile executive and wants to remain anonymous).

Rob left his last exec role 18 months ago. Now you’d think it would be easy for a high level boss to walk into another well paying job - but it’s often not.

You see, there just aren’t that many exec roles around at any one time.

And the recruitment process is usually a formality because they already know who they want. These types of jobs aren’t generally advertised on online job boards either.

Rob would sit for months and get zero calls from recruiters.
And for the roles Rob did apply for, he got rejected every time. With each knock-back, his confidence took a further hit, until one day he knew he had a problem he couldn't fix on his own.

Rob had progressed to the fourth interview stage for a...

Be the first to hear the news!

As a valued member of our tribe, we want you to be the first to receive our latest news. Enter your Name & Email below to have our latest updates delivered directly to your inbox.